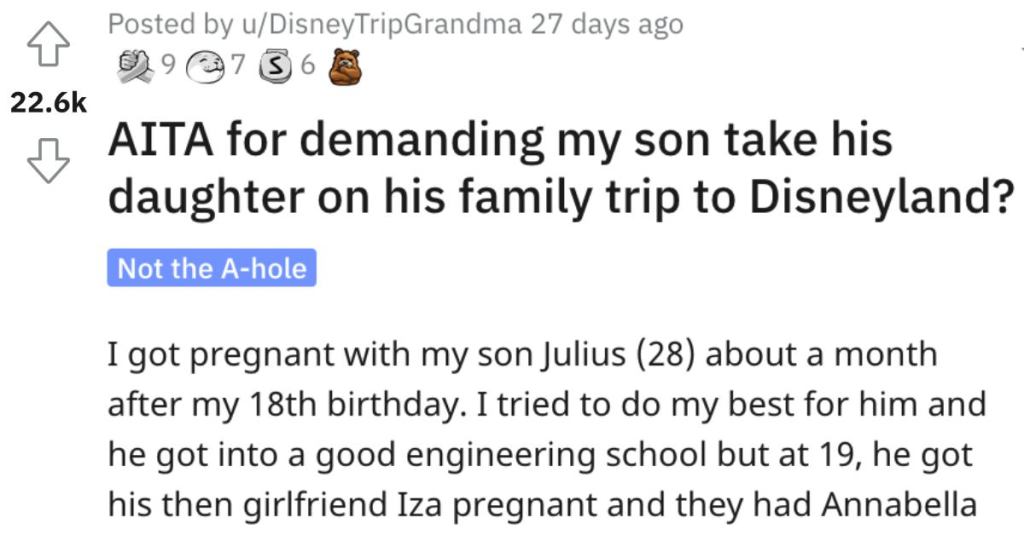 Woman Demands Her Son Take His Daughter to Disneyland. Was She Wrong?

You’ve probably heard that saying before but have you ever heard of someone DEMANDING that someone go to Disneyland?

AITA for demanding my son take his daughter on his family trip to Disneyland?

“I got pregnant with my son Julius (28) about a month after my 18th birthday. I tried to do my best for him and he got into a good engineering school but at 19, he got his then girlfriend Iza pregnant and they had Annabella together.

I’ve been the one who has mostly raised her (Iza got deported but they spend July together and FT every night). Julius got married to his girlfriend Katja after graduation and they have two wonderful boys together. Annabella lives with me and not with them.

The thing is, Julius never spends any time with Annabella. He doesn’t even call to say goodnight. But she loves him so much. It’s like once a month, he’ll show up with a box full of toys, spend a day with her and then go back to his family. It hurts her so much that he doesn’t spend time with her because he’s her hero. I’m just grandma.

And no, he doesn’t act this way because of his wife. Katja would love to have Annabella move in with them, she once brought up the idea and she went on about all the things they could do together. She would love to be her stepmom, calls her princess, sweetie and so many nice nicknames. The only reason they haven’t is because Julius has said she should stay with me.

A few days ago, Julius told me that he and Katja were planning a trip to Disneyland in August. I told him that Annabella would be so excited and he should tell her on her birthday and he just blankly told me she’s not coming and the trip is for his boys.

I made it clear to him that he needed to bring her on the trip and he just called me an a**hole – which he’s never done before – for trying to control him. I admit that I was a bit controlling in my reaction but I don’t think I went that far.” 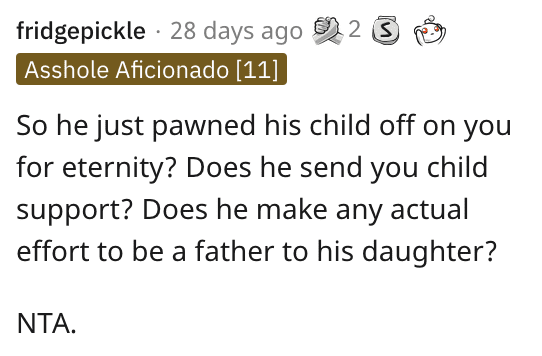 Another individual said they feel sorry for the man’s daughter and that one day she’ll have to deal with this pain. 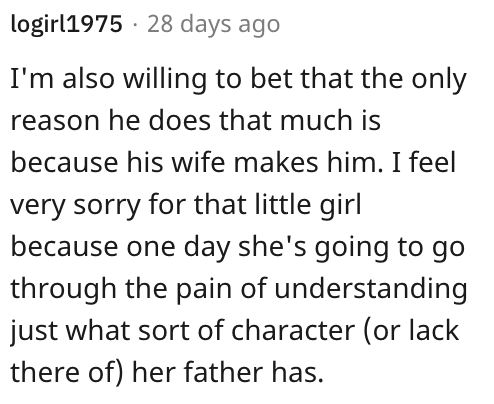