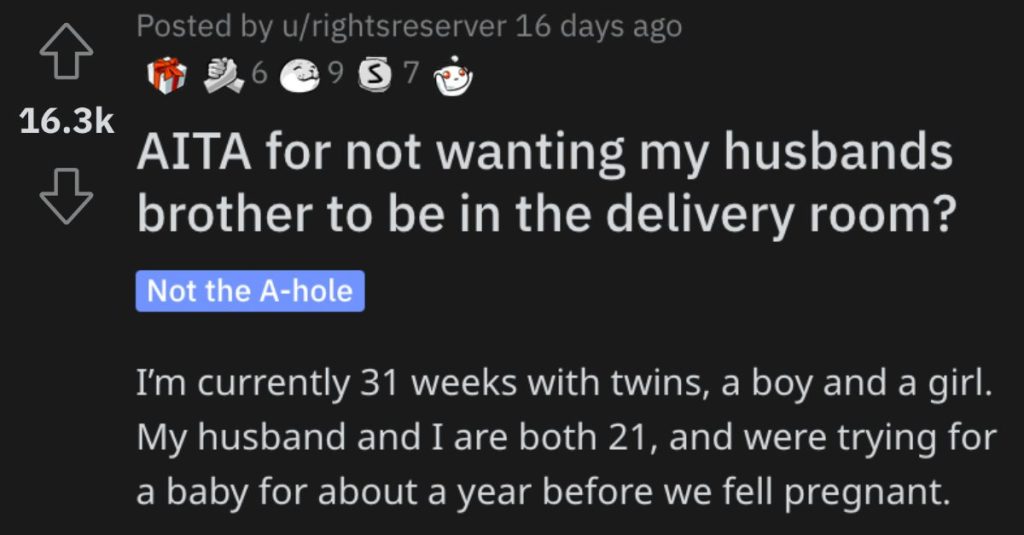 Woman Doesn’t Want Her Husband’s Brother in the Delivery Room. Is She Being a Jerk?

What is up with all these people wanting to be in the delivery room when people that they’re not married to are giving birth?

It just seems to godd**n weird to me!

But this story from Reddit’s “Am I the A**hole?” page proves that this debate continues to rage for some reason…

AITA for not wanting my husband’s brother to be in the delivery room?

My husband and I are both 21, and were trying for a baby for about a year before we fell pregnant. I’ve had a pretty rough pregnancy, and my brother in law is a medical student, so he’s taken quite a lot of interest in my pregnancy and future delivery. We’ve always gotten on well. He’s 24. I’ve known my husbands family since we were children so we’ve pretty much grown up together.

A few days ago, my husband told me that my BIL had expressed an interest in being there whilst I gave birth, mainly due to it being beneficial from an educational standpoint to see a natural multiples birth, which is what I’m planning for. I know things can change on that front but hoping for that. Also so my husband can have support as I’ll have my mom. Worth mentioning that our hospital doesn’t have a restriction on the amount of people who can be in the delivery room.

I said absolutely not, there is no way in hell I am allowing that. I’m not even overly keen on allowing my husband to watch me go through that, let alone his brother.

He said it’d be good experience for him and his degree and I said that as much as I supported him, my experience of having a pleasant birth was my priority. He got defensive and said he should be allowed to have a support person to, which I suppose I do understand, but I really just feel uncomfortable about it all.

He said it was just as much his right as it was mine to have someone there to support him. It basically turned into a huge argument, with his brother and mom being dragged into it too.

This reader said that the way the husband is acting just seems so wrong. 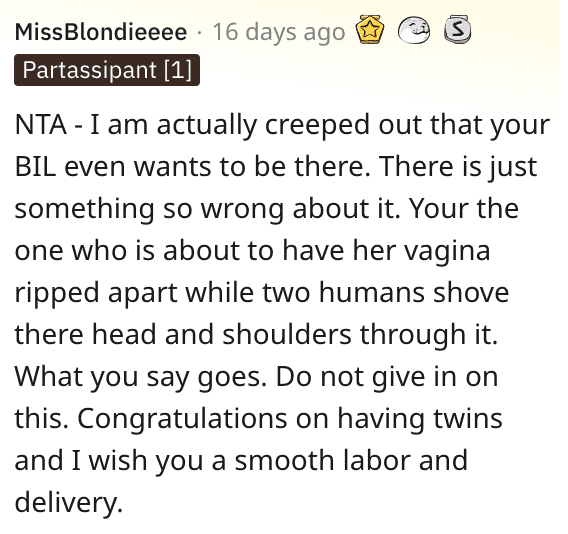 And another person said that her husband has ZERO right to have a person with them in the delivery room. 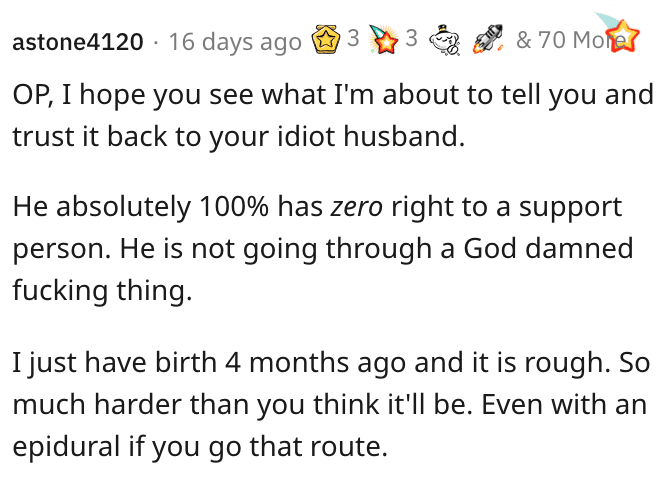 And this individual said that the way the husband is acting seems very immature. 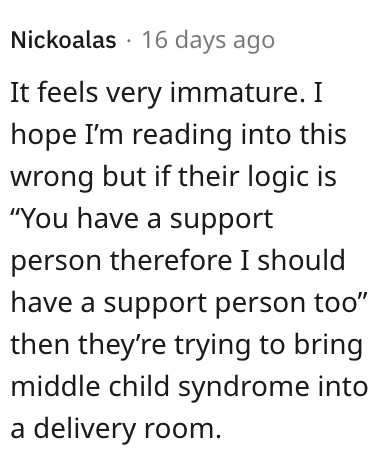