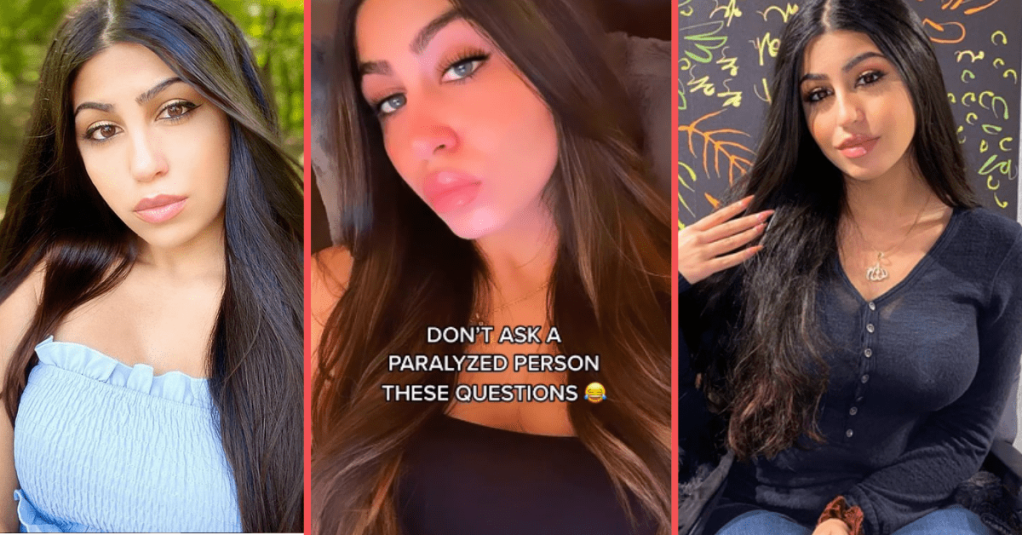 Woman Goes Viral by Telling the Unfiltered Truth about Paralysis

It’s hard to imagine what life would be like if one day literally everything changed. But that’s exactly what happened after a car wreck left a teenager paralyzed from the waist down.

In the fall of 2014, then 16-year-old Jessica Tawil did what every teenager does. She went to her friend’s house to hang out. Unfortunately, when Jessica asked to go home, the person who was supposed to drive her abducted her, and then wrecked the vehicle, leaving Jessica gravely injured. She was air-lifted to a hospital, where she had spinal surgery to install rods and brackets in her back.

Doctors told her that she’d lost so much blood she was lucky to be alive at all.

As she told BuzzFeed:

“I cannot feel or move my legs (if I hurt myself, I’d have no idea), I cannot drive a car in a conventional fashion, I cannot feel sexual intercourse, making friends is extremely difficult (as many people see the chair before they see me, which makes me unapproachable).”

There she has over 1 million followers, and there, she tells her story.

Since she went viral, many of her videos are spent answering users’ questions about her life.

For those who don’t take her advice, she even answers some of the insanely insensitive questions that come her way, not just about bodily functions, either.

Jessica also takes the time to show users the real day-to-day hardships that disabled people face in the community, even with so-called accommodations:

She documented her terrifying COVID-19 experience:

And she took the time during a stressful moment to film a video describing the physical reactions she gets when something is wrong.

Her body has adapted new cues to tell her she needs to go to the bathroom since there’s no sensation below her waist.

As she explained to BuzzFeed:

“I go through episodes of autonomic dysreflexia every single day of my life, which is where my body attacks me because it is in complete confusion.

For example, if I do not use the bathroom on time, my blood pressure will skyrocket, I will start sweating profusely, have shortness of breath, and turn extremely red.

In short, if I go long hours without using the bathroom, I could potentially die.”

A lot of her videos are not for the faint of heart.

In a recent one, she attempted to explain to viewers what it feels like to be paralyzed.

She also details the whole experience of being kidnapped across multiple videos, as well as the ensuing tragic accident that left her paralyzed.

But there’s a reason she’s so open about such a private topic.

“Not many people know too much about paraplegics and their capabilities, so I wanted to be that light to inform, educate, and even entertain people,” Jessica told BuzzFeed. “I want people to know what it’s like to be paralyzed … so that they can be a little bit more appreciative of what they have and remain humble.”

Although Jessica’s videos show the difficulties that she faces, she also proves that her life is not over just because of her accident.

She was able to travel to Lebanon a few years ago:

Her life is different now, but it’s still rich and full.

“On the positive side, I have become a lot more spiritual and grateful to have been given another chance at life.

My accident has emphasized the fact that we are not promised tomorrow, and that we should always be grateful for the simplest things in life.”

She has become an advocate for the disabled community, but her videos aren’t just about disability awareness.

She also wants to help young people make the right choices, so that hopefully preventable accidents will not happen to them.

Jessica hopes her TikToks can be “that voice in someone’s head — particularly a teenager at a party or a college student that is about to get into a car with people they barely know.

I want them to think of my story and make better decisions, as they could easily be put in the same position as I am.”

After Jessica’s accident, the paramedics were shocked that she survived.

But she’s a fighter who beat the odds.

It might look to some like Jessica’s life was stolen from her at 16, but she has learned to adapt and to keep going, changing the world one video at a time.

You can watch the video where she tells her story for the first time here:

What do you think about her POV?