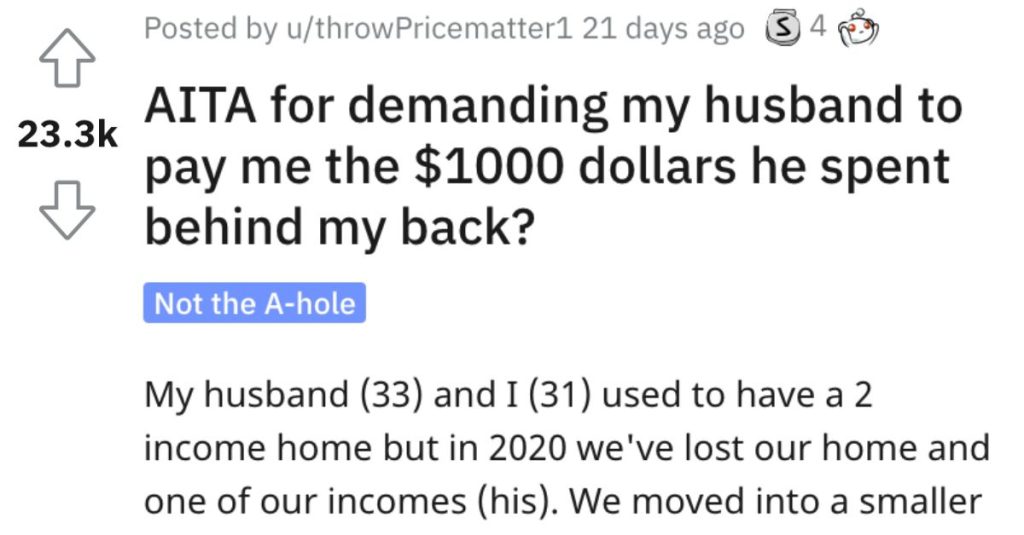 Woman Wants to Know if She’s a Jerk for Demanding Her Husband Pay Her the $1,000 He Spent Behind Her Back

You borrow the money, you repay the money.

Sure, it SOUNDS that way, but it doesn’t always work out like that, does it?

And this woman wants to know if she’s acting like an a**hole for demanding that her husband pay her back a thousand bucks he spent behind her back.

AITA for demanding my husband to pay me the $1,000 dollars he spent behind my back?

My husband has an expensive habit of going to the spa for a weekly massage session. we live in an urban area so this stuff is ridiculously expensive. A single session is $250, and he has to have it every week so that’d be nearly $1000 a month!.

I offered him to have his session at a regular spa but no, he has to get it from that luxurious spa near the restaurant we used to go saying the lady who gives the massage is an expert and he’s used to her.

Problem is I’m the only income earner and I’m struggling to make ends meet. I’m also pregnant and need to save money to prepare a nursery. I told him to cut his sessions but he refused. I told him I won’t be paying for them anymore and he said he’d get the money himself.

Yesterday I checked and saw that he’s been using my credit card for his sessions for a whole month and had maxed out completely. I found that out when I went shopping for baby essentials and the cashier said I had no money. I had to return everything then went home and went off on him.

I told him he maxed my card out and made me look like an idiot at the store, he said he didn’t tell me cause he knew I’d have an issue with it. I demanded he pay back the $1000 he spent but he refused, I yelled at him calling him irresponsible and he got upset and called me selfish and told me to stop playing victim and that this is affecting both of us since he’s going to be a parent too and it’s stressful for him and I keep dismissing his own needs as a human.

I went upstairs and he went out. He started giving me silent but I kept demanding the money back. he said I shouldn’t expect it back since we’re married then my money is technically his and I should stop using his unemployment against him.”

This person said she’s NTA and that he needs to be cut off. 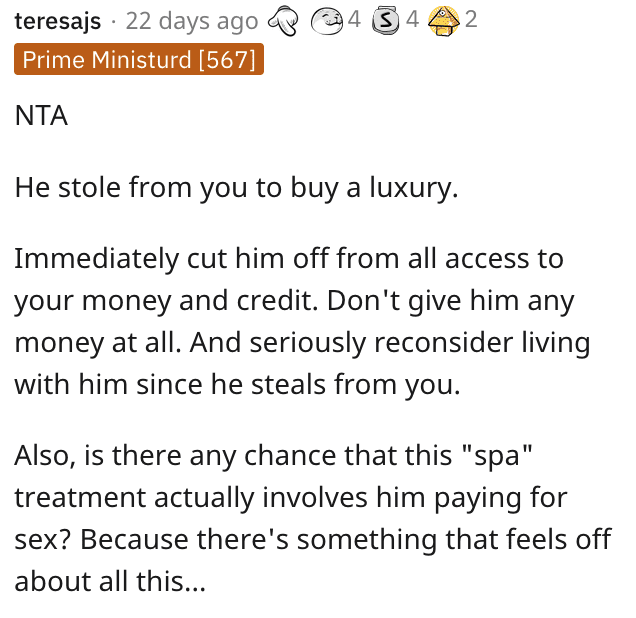 Another reader said she needs to DUMP THE MOTHERF**KER NOW. 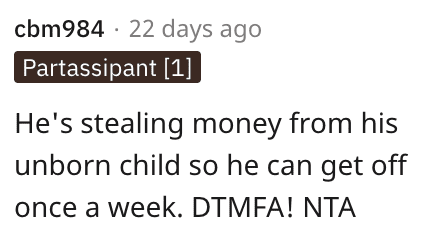 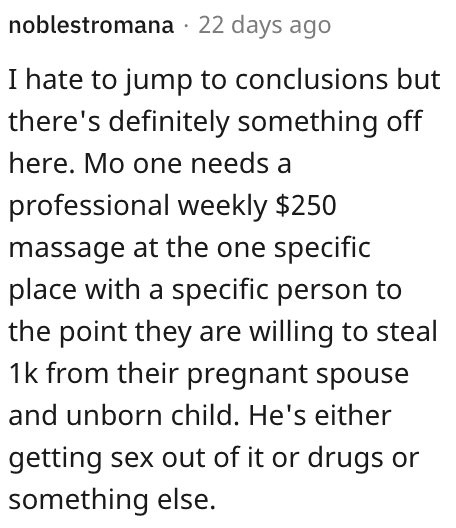