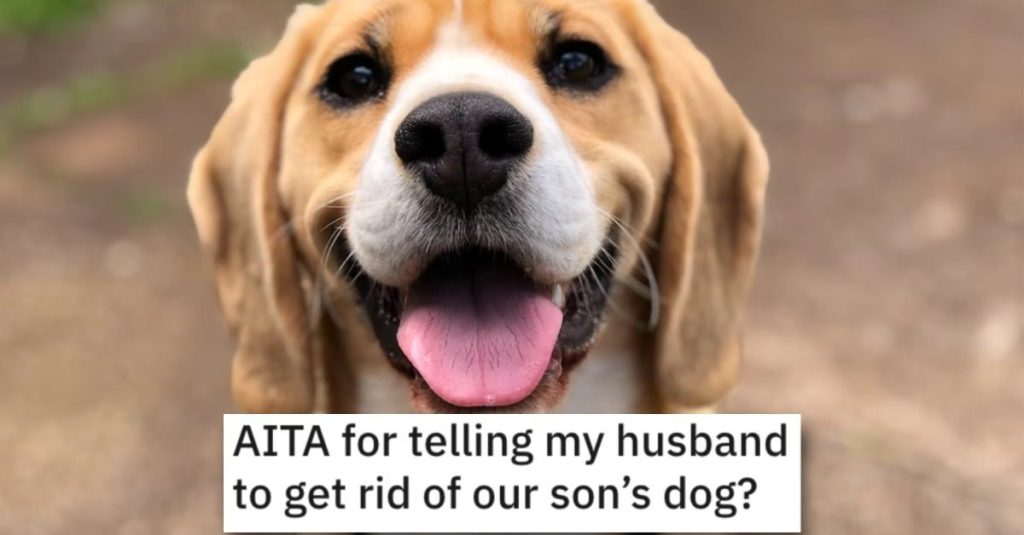 You and I both know that if someone is calling to get rid of a pet, there are major problems.

And a woman took to Reddit’s “Am I the A**hole?” to ask if she went too far when she asked her husband to get rid of their son’s dog.

Let’s see just what the heck is going on here…

AITA for telling my husband to get rid of our son’s dog?

“I’ve been terrified of dogs since I was young. My husband knew but I don’t think he realised how bad it was until recently. He got our son a dog and at first, I was angry but he promised it wouldn’t come near me and our son was really happy so I agreed they could keep it as long as it was kept away from me.

For 2 months it was fine and I barely thought about the dog being so close but a few days ago the dog came inside and it freaked me out. I told my husband he had to get rid of it now since he broke his promise and I didn’t trust him to keep it away from me anymore.

My husband doesn’t want to get rid of it because our son is very attached to it already and the dog is harmless according to him. He wants me to let him take me around the dog so that I’ll stop being so scared of it but I’ve refused and told him it had to go. We argued and he told me that if I wanted it gone, I would have to take it myself.

My in-laws came to visit yesterday and my mother-in-law asked me if something had happened between us because I’m still angry at him and she noticed. I told her about the dog and she told him off and said she taught him better than to traumatize his pregnant wife. Now my husband is upset at me because he thinks I only told his parents to force him to do what I wanted and that we’d hurt our son if we got rid of the dog now.

One person said everyone sucks here and that her son and the dog will be hurt by this.

Another individual also said everyone in this story sucks and that people should have communicated. 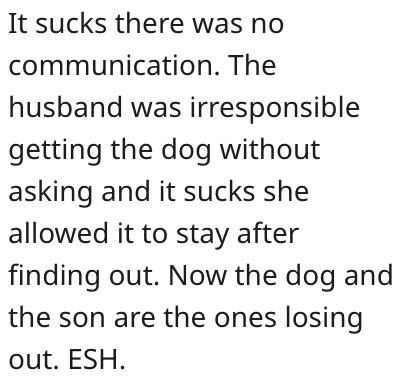 And this Reddit user said she needs to get some therapy for her dog phobia. 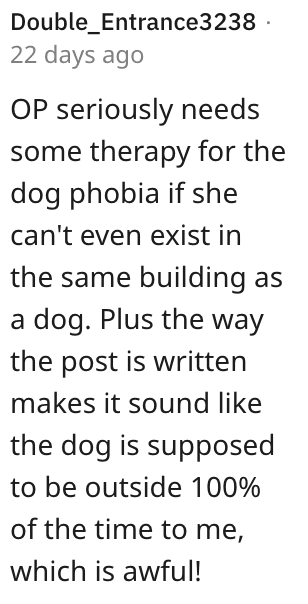