Call me crazy, but if someone took my credit card and didn’t return it, I’d probably cancel that sucker, too.

Even if it was my significant other.

But that’s just MY opinion.

Take a look at this story from Reddit’s “Am I the A**hole?” page and let us know if you think this woman acted like a jerk.

AITA for canceling my credit card after my boyfriend refused to return it to me?

“I’ll preface by saying that Me (27) and my boyfriend (30) have been together for 3 years an a half. I’ve been jumping from one job to another while he has been unemployed due to health issues that affected his performance at work.

Usually, I’m the one handling rent, bills, groceries etc. I use my credit card to make any purchase I want.

Last week, My boyfriend out of nowhere asked for my credit card. I asked why since I’m the one who handles payments and supermarket trips. He told me he wanted to buy some food and I agreed to let him take it but told him to return it later.

He got back later and when I asked about my credit card, he was like “what credit card?”. I thought he was joking so I told him to just give it back. He said he’d just keep it with him. I asked why and he said so he could start handling paying for stuff on my behalf.

I felt uncomfortable I said I’d rather not burden him with this stuff and asked him to hand over the credit card. He refused and said that “he’ll just keep it” since it doesn’t have that much money anyway. I was livid. I tried to argue but he told me to “just trust him” and let him keep it and swore he won’t spend a penny from it.

Next morning I went and cancelled it, then registered a new one. He must’ve had tried to use it because he called and was confused asking why the credit card was not valid anymore.

I told him it’s because I cancelled it and registered a new one. He lost it and started scolding me saying he couldn’t believe I had this level of petty and kept on about how I don’t trust him with my finances. and how financially abusive I have become lately. I hung up on him.

The argument continued at home and he called me paranoid and unreasonable and all that. Then he started cold shouldering me and sulking about it for days. I do feel like I hurt his feelings and showed an amount of distrust towards him.

AITA for cancelling the credit card?”

One person said she’s NTA and that her instincts were right on. 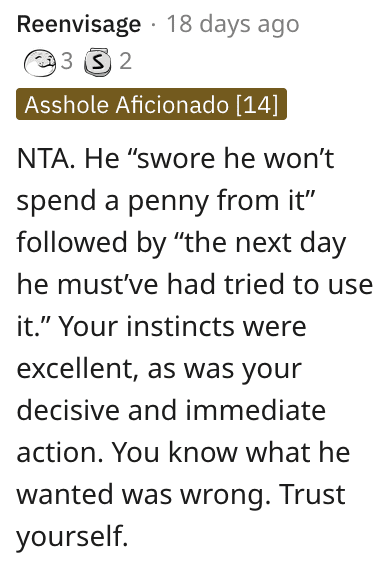 Another Reddit user also said she’s NTA and said she should keep in mind that she doesn’t have to stay with him. 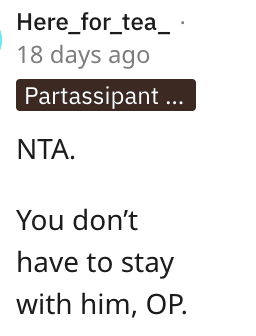 And this individual said she needs to leave this guy so she isn’t manipulated by him anymore. 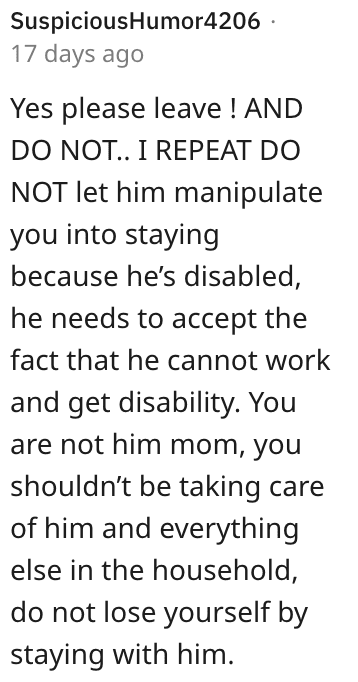