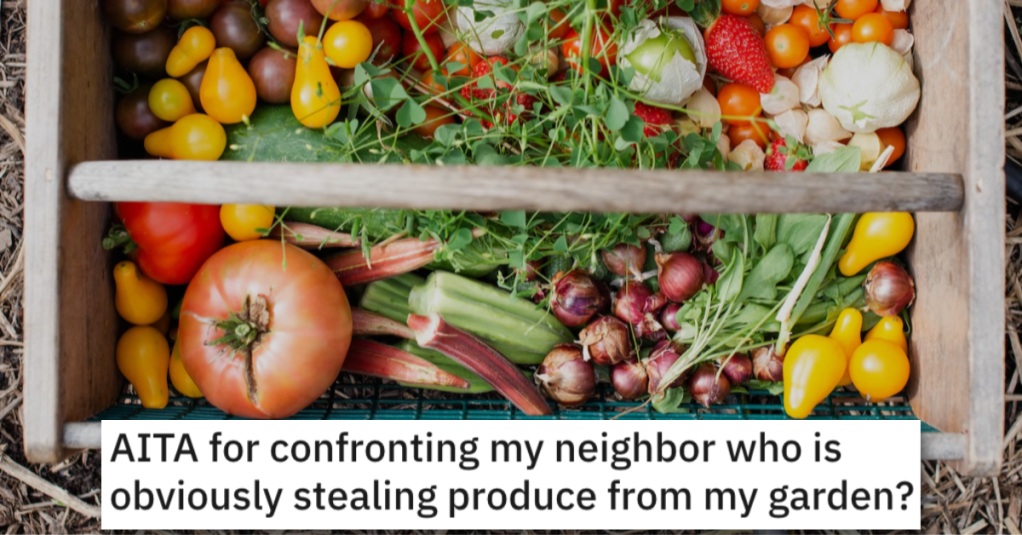 Why do certain people out there feel entitled to help themselves to things that don’t belong to them?

And this woman decided to confront her neighbor who has been stealing from her garden.

Is she a jerk?

Let’s take a look so you can decide…

AITA for confronting my neighbor who is obviously stealing produce from my garden?

“This spring a young woman, let’s call her “Kristin,” moved into the house next door to me. She owns some sort of catering business for weddings and runs an Instagram account about food. We live in a semi-remote area about 15 minutes outside of a small town.

During pandemic I got very into gardening, and love my thriving vegetable and herb garden. I tend to it very carefully and I love that I can feed my husband and kids with food I have grown. This summer, produce has begun disappearing: some of my tomatoes, squash, eggplants and herbs will disappear overnight. I see no signs of animals chewing them.

No vegetables disappeared from my garden last summer. Obviously someone is taking them. Kristin is the nearest house to mine – the other nearest are a bit of a walk down the road, and she is right next door, and I find it very suspicious that they began disappearing right after she moved in. I even checked her Instagram and see her posting photos of food this very week featuring the exact produce that’s gone missing from my garden – tomatoes, zucchini, eggplant, herbs.

I confronted her about this yesterday evening and she became very, very defensive. She said I was crazy and that she had no reason to steal from me as there is a farmer’s market right down the road and she grows her own windowsill herbs and has a supplier for her business.

She even had the audacity to brag about how much money she makes, saying that her business brings in good money and that she would have no need to steal. From her defensiveness and this level of bragging, it seems obvious to me that she is lying. Things got ugly and she slammed her door in my face, which to me seems like further proof of guilt.

AITA? Should I have gone about this differently? She is clearly stealing from me and clearly lying about it.”

One person said she should send the supposed thief a bill…good idea! 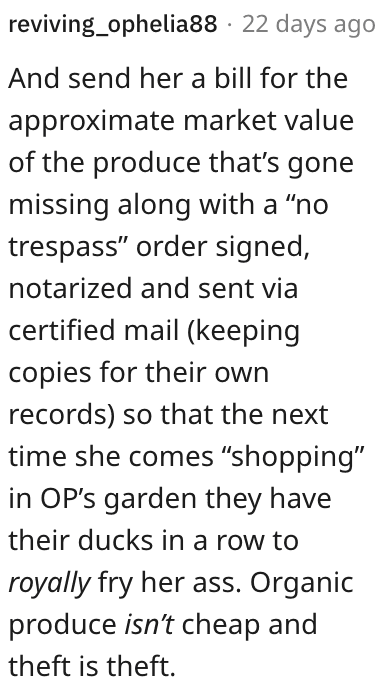 And another Reddit user had some good advice about how to put this thief on blast.

This reader suggested getting a camera but pointed out that she has no actual evidence yet. 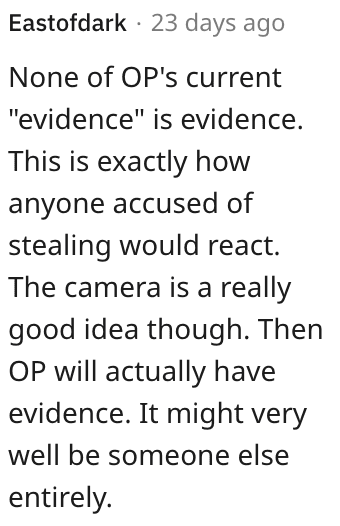