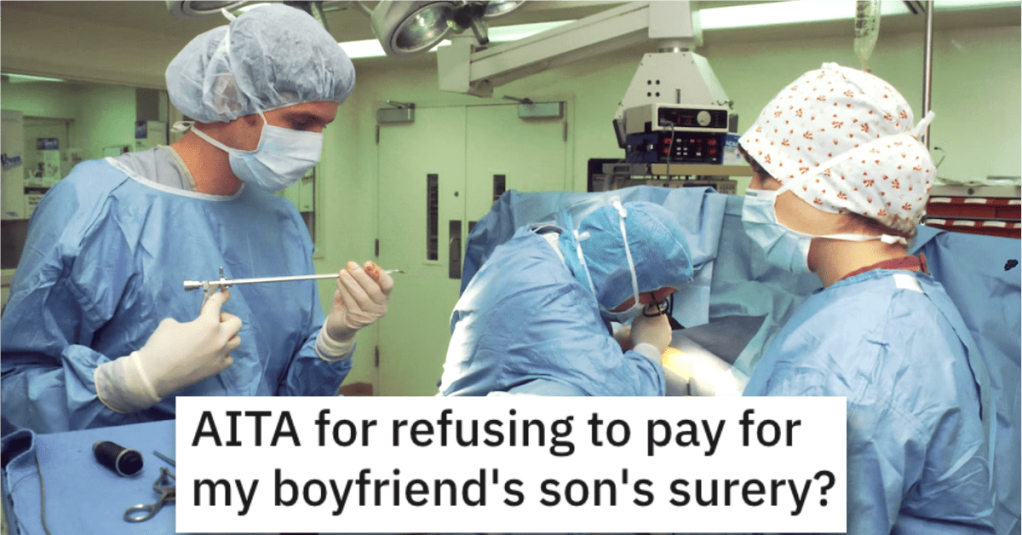 It’s a big ask to request that someone pay for your son’s surgery, don’t you think?

And if someone refuses, you know that things are bound to get ugly…

Check this one out and see if you think this woman is wrong in this situation.

AITA for refusing to pay for my boyfriend’s son’s surgery?

He’s a single dad of 2 kids (6 & 12). I never met them (not yet) but I saw pictures of them. He says it’s early for his kids to meet me. it’s for their mental health and I respect that. I do send them (a bit costly) gifts every weekend and my boyfriend assured me that he will tell them eventually where these gifts are coming from.

Anyways, He didn’t call nor reply to my texts for a whole week. he then contacted me saying his kid was in the hospital for an injury. I felt bad for him I afford to visit but he said there was no need for me to do this; but suggested I send gifts instead as a way to cheer him up.

He later called me saying was busy all day trying to come up with money to pay for his son’s surgery. we talked some then he asked if I could lend him $5000 to help pay for the surgery. I have to say that I was caught off guard but he said that he felt so heavy making this request but had no one else willing to help but me.

I started feeling pressured but he promised that he’ll have me meet his son and other son right after he gets done with the surgery which is great but again the money is a lot, $5000 is a lot of money. I refused eventually and he got upset with me and kept on about how cruel I was, and how little I care about his kids and him but I swore it wasn’t like this but he hung up on me saying he needed to get some fresh air.

Later, he sent me a photo of his son’s arm with IV drip attached to it. I cried when I saw it and I called him but he did not reply. I’m still refusing to pay but a friend of mine says I should do it and have some sort of contract in place to ensure I get the money back.

AITA for not wanting to pay?”

Take a look at how AskReddit users reacted to this.

One person said she’s NTA but this sounds like a scam. 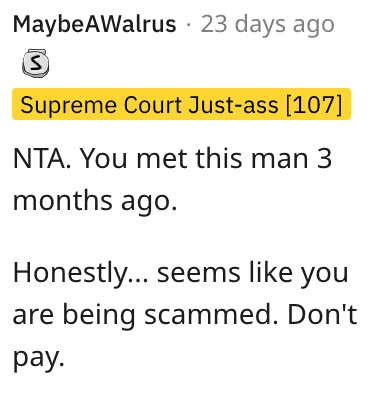 And this individual agreed that this is a scam and that she needs to block this man. 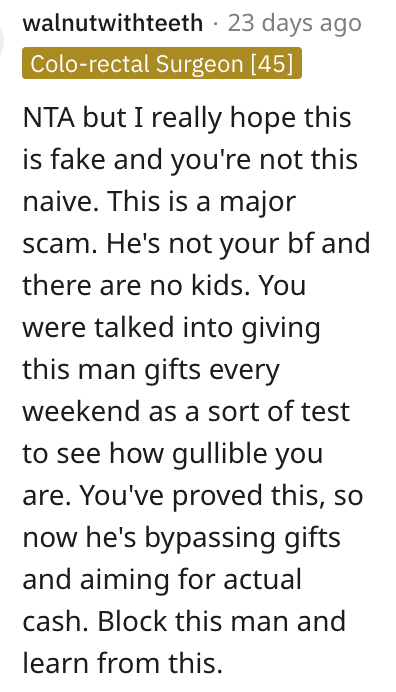 And this Reddit user also said this is clearly a scam and that this guy sees her as a cash cow. 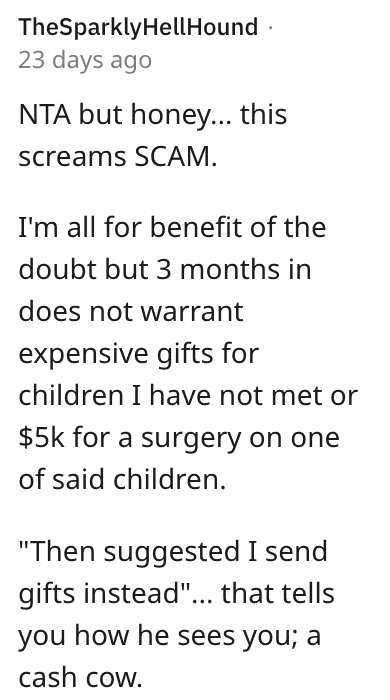