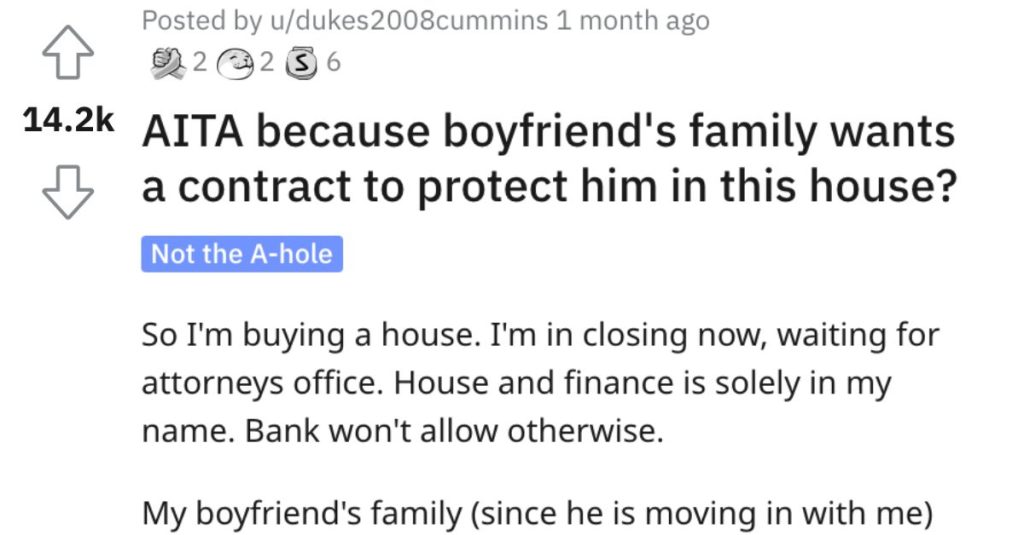 The nerve of some people, you know what I’m saying?

Well, even if you don’t, you’re about to get a big dose of disagreement that a woman posted on the “Am I the A**hole?” page on Reddit.

And this woman’s boyfriend sounds like a real gem, let me tell you…

Read on to see what went down.

AITA because boyfriend’s family wants a contract to protect him in this house?

“So I’m buying a house. I’m in closing now, waiting for attorneys office. House and finance is solely in my name. Bank won’t allow otherwise.

My boyfriend’s family (since he is moving in with me) is all upset because his name can’t be on the house. He has 0 credit and couldn’t be on it anyway nor do I want him on it.

They can’t do this right? The house and deed and financing is solely my name. He has nothing on it but if he puts $ into it now I have to be held responsible for paying him back in the event of a breakup.

He already said he ‘isn’t moving into a house where his name isn’t on it’ due to immense paranoia from his past relationships.

Hmmmm…now check out what Reddit users said about this.

This reader said that the boyfriend might want to rethink this idea.

And another individual said that the boyfriend wants a partnership but it sounds like the woman who wrote the post wants a tenant. 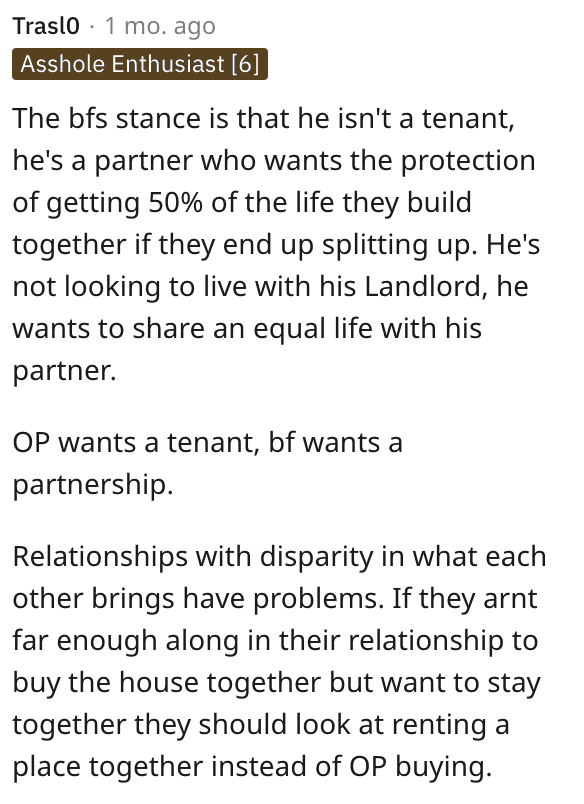 And a person made a good point about this guy.

Finally, this person said it sounds like these two shouldn’t even be thinking about investing together. 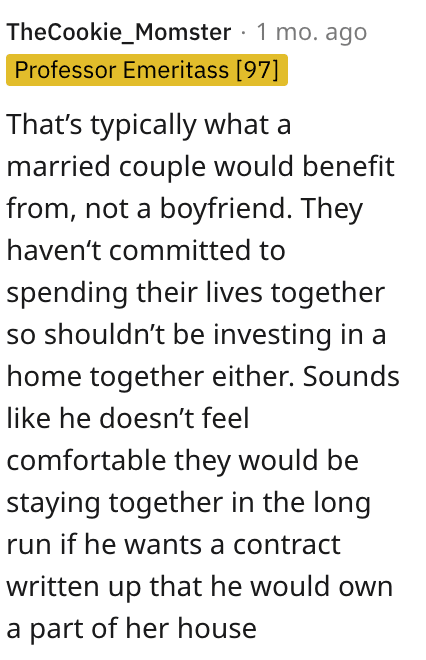